Visiting a foreign country is always daunting when considering the language barrier and South Africa is no exception. While English is widely spoken, in a country with 11 official languages, you can expect to hear some confusing phrases. Explore this glossary of South African slang to ensure you aren’t left in the dark.

This is the Afrikaans version of “oh man!” and is typically used to express irritation or pity. For example, you might say “Ag man, my beer is warm!”

With its origins in the Zulu language, babbelas is derived from ‘ibhabhalazi’ and is used to describe a particularly bad hangover.

Biltong is similar to beef jerky and consists of spicy strips of cured meat.

The Afrikaans word for ‘brother’, boet is typically used to describe a male friend or acquaintance. For example, “Hey boet, are you watching the rugby tonight?”

You cannot visit South Africa and not have a proper braai! Essentially a barbeque where meat is cooked over an open fire, braais are a huge part of the South African culture and you may even get to taste a braaibroodjie – a sandwich toasted over the fire.

Similar in flavour profile to biltong, droewors is a term used to describe dried sausage and is a popular snack amongst people of all ages.

Typically used to express surprise or shock, the term eish originates from the Khoi language. For example, you might say “Eish! I can’t believe how much I won in online bingo NZ!”

You’re likely to hear this term used multiple times a day, so you best learn how to say it. Howzit can be translated into “how’s it going” or “how are you?” 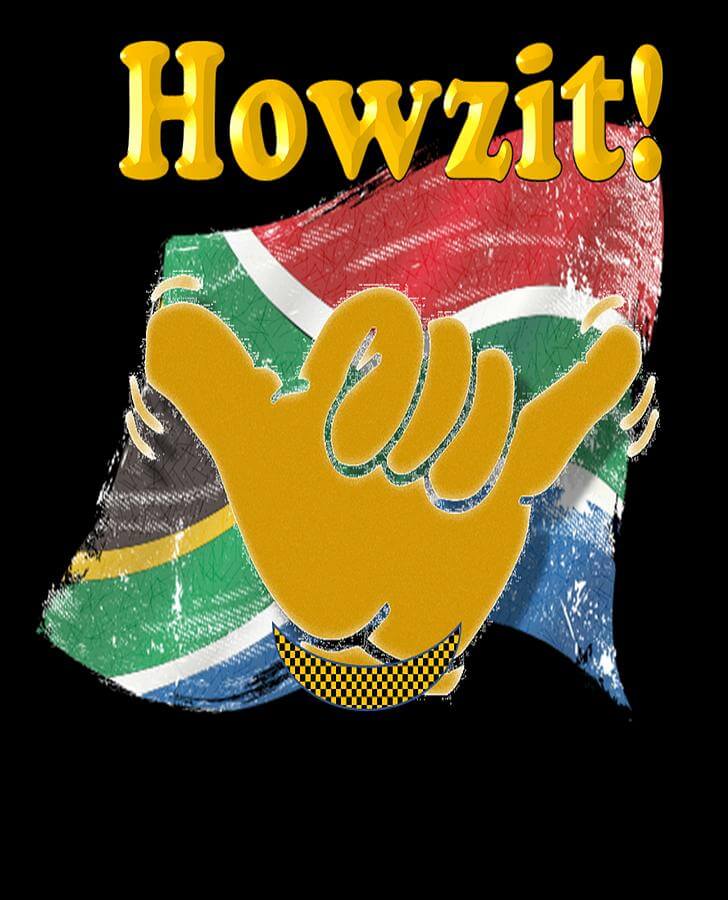 Originating from the Arabic kayf which means enjoyment or a sense of well-being, kiff or kief is used to express feelings of happiness, contentment, or agreement. For example, “This party is kiff!”

Another frequently used term in South Africa is lekker. This Afrikaans word can be translated to ‘nice’, but is used in a variety of context in the country. From food to people, lekker can be used to describe almost anything.

This can be a confusing phrase for non-locals, but ‘now now’ essentially means sometime soon. This is of course not to be confused with ‘just now’ which means later.

A shebeen is an unlicensed bar where locals gather to drink and is typically located in low-income suburbs or informal settlements on the outskirts of major towns and cities.

Often used as a double positive by combining it with the English translation, yebo means ‘yes’ in English. You would use it by saying “Yebo, Yes!” and is used to show approval.

Now that you know the slang, you’ll be able to visit South Africa’s best attractions and blend right in!

The Best Towns In South Africa