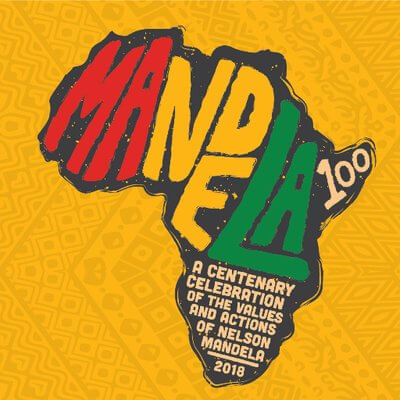 South Africa was set abuzz on August 21st when it was announced that international superstars would be heading to the country in order to perform at the Global Citizen: Mandela 100 music festival. Besides international superstars, the line-up was also jam-packed with African artists and on December 2nd, thousands headed to the FNB Stadium in Johannesburg in order to witness this historic event first-hand.

With the aim of fulfilling Mandela’s vision of ending extreme poverty, the actions taken in the name of Global Citizen: Mandela 100 will affect the lives of almost 138,000,000 people.

The Global Citizen: Mandela 100 event brought together its largest contingency of dignitaries, heads of state, a collection of the world’s most talented artists and personalities, and thousands of ‘global citizens’ to rejoice in the centenary of Nelson Mandela.

With the vision of bringing together thousands of voices in order to take action against poverty and effect change, the Global Citizen: Mandela 100 event surpassed its initial goal of $1 billion in commitments by 7 times thanks to offers from the World Bank, PEPFAR, Vodacom, Cisco, the South African government, and the co-hosts of the event, the Motsepe Foundation.

However, the musical performances were just part of the event as guests were surprised by hosts Oprah Winfrey, Sir Bob Geldof, Gayle King, Tyler Perry, and Forest Whitaker as they each gave moving tributes to former-President Nelson Mandela and called for people to effect change in the lives of others.

What sets the Global Citizen initiative apart from other concerts aimed at raising funds for the less fortunate is that 70,000 tickets are given away for free to those who take specific actions to effect change ahead of the event itself.

Some of the most powerful voices in the world gathered in order to communicate a message to the higher-ups which control our society: people are dying and something has to be done about it.

A total of 512,640 actions were taken calling upon the South African government to address areas such as water and sanitation, education, gender equality, nutrition, and healthcare. The 58 commitments made worth $7,096,996,725 will affect the lives of 137,368,628 people. However, while the event was intended to spread a message of positivity and hope, the events which took place outside of the FNB Stadium after the event had completed marred its intentions. Hundreds of South Africans took to Twitter to detail horror stories of violence and theft outside of the stadium without any police in sight.

It’s unfortunate that an event aimed at raising assistance for poverty was marred by events which ultimately stem from the same source.