South Africa has produced many authors who have written books that cover a wide range of topics. These are books that are a must read for any avid bookworm out there.

Burger’s Daughter, written by Nadine Gordimer, South African Nobel Prize in Literature winner. It is a political historical novel and was published in the UK in 1979. South African Publications Board banned the book in South Africa at first, but was later unbanned. Burger’s Daughter is about white South African anti-apartheid activists trying to overthrow the government during the 1970s. The book tells the story of Rosa who is the main character and the novel is set in anti-apartheid South Africa. Based on fact, it references Nelson Mandela and the Soweto Uprising of 1976. Generally well received by various critics, and won the Central News Agency Literary Award.

This novel was published in 1948 and written by Alan Paton. Two cinema adaptations have been made of the book, in 1951 and 1995 and it is as well known as the online blackjack Canada has to offer. Cry, the Beloved Country is a moving and powerful novel and is beautifully written. The main character, Reverend Stephen Kumalo comes to life. Written a few months after apartheid was instituted it shows the turmoil of the time and how various characters tried to seek justice in South Africa. This is a must read book and is a heart wrenching novel showing how apartheid affected two families. Even though the book shows the injustices of apartheid and the darkness it brought with it, it offers hope for a better South African future.

Written by South African President and anti-apartheid activist, Nelson Mandela it is the story of his life from an early age up until his imprisonment. The South African government regarded Mandela as a terrorist and for this reason he was imprisoned on Robben Island, and later Pollsmoor Prison. His story also includes his becoming president and how he rebuilt South Africa. Mandela dedicated his book to his children, children and grandchildren, comrades and all South Africans. Long Walk to Freedom has been published in many languages and in 1985 it won the Alan Paton Award. Adapted into a film produced by Anant Sing, Mandela also signed over the rights to him. 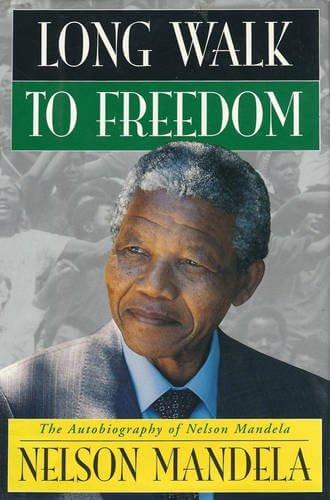 The Story of an African Farm

Published in 1883 and written by Olive Shreiner who used the pseudonym Ralph Iron. It was her first novel to be published and was recognised as a feminist novel and received wide acclaim. Set in the Karoo, South Africa, the story revolves around three main characters, Waldo, Em and Lyndall who live on a farm. Set during the 19th century she alludes to the Boer War, but it is not specifically mentioned. Waldo and Lyndall bear strong similarities to Shreiner’s life.

The Story of an African Farm became an instant success even though it was considered controversial because of the topics covered in the book such as feminism, premarital sex, out of wedlock babies and transvestites.

The Best Towns In South Africa