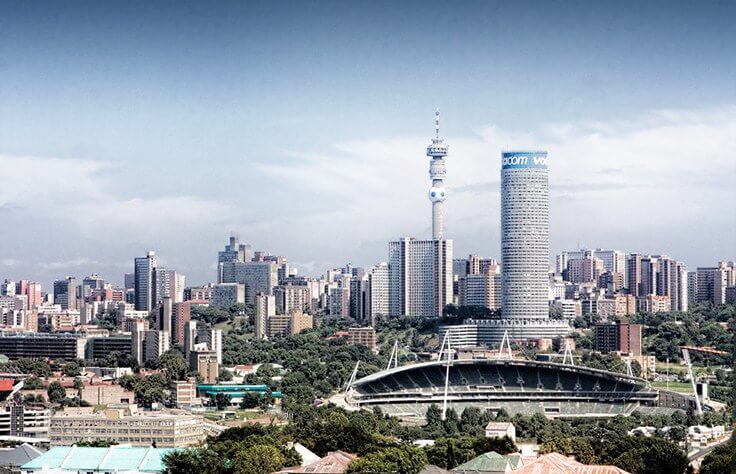 When mentioning Africa, the first thing that springs to mind are images of incredible wildlife, breathtakingly beautiful savannahs, and stark desert plains, but the truth is that the African continent is so much more than that.

Made up of an unbelievably diverse assortment of cultures, Africa has faced many difficulties, but still remains one of the most beautiful continents on the globe. Join us as we explore its most beautiful towns and cities.

Lodged between Table Mountain and the convergence of the Indian and Atlantic Oceans, Cape Town is one of Africa’s most beautiful cities.

Full of vibrant and colourful culture, complete with a rich history, Cape Town has everything you would expect from any major city in the world. Visit the winelands, take in a breathtaking sunset, and eat delicious cuisine at its many world-class eateries.

With an ancient medina and fortifications that date back to the 18th century, kilometres of pristine beaches, and a bustling harbour and fish market to visit, Essaouira is absolutely unforgettable.

Far away from the bigger Moroccan cities, Essaouira guarantees a peace and tranquillity that is difficult to replicate. Not only is this a picturesque coastal town, but Essaouira is also a popular destination for water sport enthusiasts owing to its strong winds and currents.

Once known as Thebes, the capital of Egypt, Luxor has attracted Egyptologists and tourists alike since the early 19th century – long before the rise of sports betting NZ!

Seeking to explore the ancient wonders which dominate the city’s landscape, people still flock to Luxor – which means ‘Palaces’ – to experience this gorgeous, pulsating city. From Nile scenery to stark desert landscapes, Luxor is the home to the remains of the tombs of the Pharaohs.

The establishment of the town of Djenné dates back to 250 BC making it one of the oldest places in the county of Mali.

Full of mudbrick houses and awe-inspiring mosques, Djenné is also home to the world’s largest and most creative mud-made building in the world, The Grand Mosque. A must-see for any architectural enthusiast, Djenné is a unique holiday destination.

Also known as Mji Mkongwe, Stone Town is the old part of Zanzibar City, the main part of the island of Zanzibar, just off the coast of Tanzania.

Offering crystal clear waters and idyllic white-sand beaches, Stone Town is the cultural heart of this vibrant island. Little has changed over the last 200 years and the Swahili coastal trading town is also classified as a UNESCO Heritage Site.

If you’re looking for a sleepy coastal town in which to relax and ease into a slow-paced way of life, you can’t go wrong with Lamu in Kenya.

As one of Africa’s most well preserved Swahili settlements, Lamu is classified as a UNESCO World Heritage Site and you’ll be able to spend hours ambling through the beautiful and narrow alleys of the old town and relaxing on the nearby Shela Beach.